The stark in-your-face redolence of the movie, which makes Shawshank Redemption border an area between a make belief movie and a documentary. The brilliant cinematography, prison enclosure sets and effortless acting by the cast, make the movie immersive and relatable, unlike most other contemporary Hollywood movies, which mesmerise you with its feverish editing, which often dissuades the viewers from connecting with the central characters. 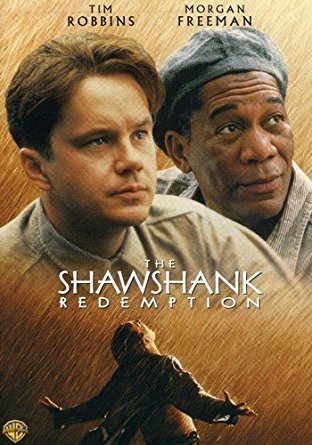 The anchor characters of Tim Robbins as Andy Dufresne and Morgan Freeman as Ellis Boyd ‘Red’ Redding. Andy as a coy, gawky, fragile bank official, who gets wrongly thrown into the impregnable walls of Shawshank prison, plays his role aptly. His vulnerable and sensitive side sharply contrasts against the hard core dog-eat-dog mentality of other inmates and the prison guards. As regards Freeman in the shoes of Red, he simply steals the show with his strong dialogue orations and his heart rendering portrayal of a colored man coexisting in utter desolation among other inmates in Shawshank. Freeman anchors the story and propels the movie in all its twist and turns. 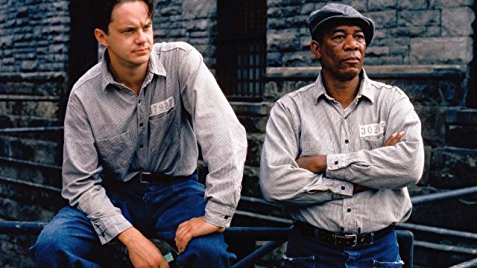 The Shawshank prison and how director Frank Darabont and his crew make the prison appear as a nightmarish pit from which no one can escape. Each nook and corner of Shawshank is shot with utmost detailing, so at the end of the movie, viewers have apparently lived a fraction of their life in Shawshank — it’s that kind of immersion which the crew of the movie was able to render. 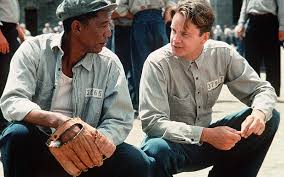 The other co-actors, each of who play their roles perfectly. The characterization in Shawshank Redemption keeps viewers glued to their seats, albeit the movie strolls at a leisurely pace. Bob Gunton tops the list with his devious and double crossing character of Warden Norton. He’s ably supported by the stone cold Captain Hadley, played by the lanky Clancy Brown. Throughout the movie, its the intermittent confrontations between Warden Norton, his man Friday Hadley, and the strongly bonded duo of Redding and Dufresne, which keeps the audience on the edge of their seats. William Sadler as the simpleton convict Heywood, lends more dimensions to the canvas of Shawshank.

The time defying popularity of the movie. Interestingly, Shawshank Redemption didn’t fare well at the box office, however there was a flurry of rave reviews for the movie, most critics praising the performance of Freeman and the directorial work of Darabont, who brilliantly adopts the novella of Stephen King and churns it into a movie which stands the test of time, and still ranks as the number one movie in the IMDB charts, dislodging masterpieces such as The Godfather and Schindlers List along its way to the top.